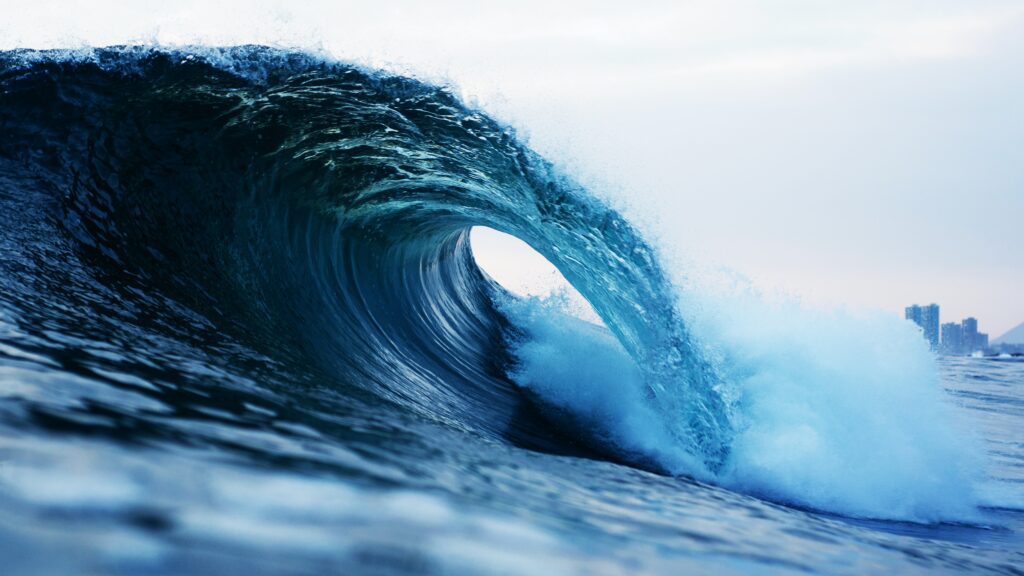 Cryptocurrency is more than just a technology; it is a movement, a possibility, more freedom, independence, and options for everyone.

I believe that crypto will have a greater impact than the internet as a whole. And that it can have a significant impact on our personal liberty. Why? Because crypto allows for decentralisation. Let us shed some light on what makes crypto so unique and revolutionary.

Money is synonymous with liberty. However, money has a significant disadvantage in its current system: it is regulated by governments. And finance is dominated by the big banks. The main issue, in my opinion, is the concentration of financial power in governments and banks. Power taints. Furthermore, absolute power corrupts absolutely. However, we can now envision a future in which the internet, finance, and money are no longer under control. At least not by a few, but by many, including you and me.

The first cryptocurrency was Bitcoin. Many people first learned about cryptography through it. It took some time for it to reach the heads of many more people and the front pages of the media. Bitcoin and cryptocurrency can no longer be ignored. What appears to be a technological niche today will become ubiquitous tomorrow. Let me explain.

Crypto is more than just a technology; it represents an opportunity for greater freedom of choice. It allows you to do with your money what you can do with your email: send it directly to someone. You don’t need to go to the post office. That is why it has the potential to reshape the internet. Most importantly, it has the ability to reshape the financial system. And it has the ability to reinvent money! However, we must recognize this opportunity now and fight for it.

The internet has entered a new era thanks to crypto; first, there was the first wave. The information superhighway. Consider Wikipedia. Suddenly, everyone had access to information.

The second wave was the Internet of Things. You can buy anything on the internet, or even connect it to the internet, whether it’s clothes, cars, or fuses of various types. We are currently riding this wave.

The third wave is now taking shape: the internet of values. This will result in the most drastic change we can imagine. Because it enables us to transfer values or valuable items directly from person to person via the internet. And without anyone getting in the way and charging a fee for their services on top of it. This also holds true for the most important of all values: money.

Money transfers will become much easier in the near future. It will be much more direct and almost completely free. We will be able to transfer funds via text message. Let us consider why this is so revolutionary. Because money has always been scarce, both in time and space.

Various laws and banking rules constrained it, but for the first time in human history, these constraints will be lifted, transforming money itself. This is the internet of values, changing right before our eyes. We are currently at a critical juncture.

We can now take the new path and ensure that money is truly transformed, that money is liberated from governments and banks. They will, however, try to resist. They will not want to relinquish control. They are also extremely powerful. They have ruled money for many centuries, but that may be changing now. And I believe there is a good chance that it will change. In the internet of values, everything valuable will be treated differently. Shares, music, and art, as well as personal documents such as driving licences and birth certificates, can all be stored privately without anyone interfering. We can transfer funds without the use of a bank or a credit card. Don’t you agree? It’s difficult to believe.

It is especially difficult for the older generation, but even young people find it difficult to imagine. But when was the last time you wrote a letter on paper, put it in an envelope, slapped a stamp on it, and tossed it in the letterbox – and how many e-mails did you send in the same amount of time? Do you notice anything different? When was the last time you had a photo developed and then placed in an album, or how many photos have you created and managed on your phone in the meantime? When was the last time you listened to a record, CD, or cassette tape? In the meantime, how many songs have you listened to on the internet? Why do so many people believe that the internet will not change finance and money if it can change letter writing, photography, and music in a single generation?

The revolution will be that there will be no one in the middle to control it and collect fees. There is no third party. All of this is important when I discuss my thoughts on Bitcoin.

Freedom – with many faces

Do I own Bitcoin? You, of course, do. I didn’t get in as early as I should have, but I did before the last halving, and as a result, I saw a tremendous increase in value. Following that, the price fell again by 50-70%. What’s the big deal? I am uninterested in the growth of Bitcoin. I’m primarily concerned with saving money. My main concern is freedom. The opportunity to obtain new money. To liberate money from the influence of central banks and governments.

Is that a real possibility? Most central banks around the world are currently considering creating their own cryptocurrency. They have given in to cryptography. They’ve realized they’re powerless to stop it. Furthermore, they now want to put it to use.

I’m convinced that the more you get involved with crypto, with a thorough understanding of the possibilities and philosophy behind it, the more we can collaborate to ensure that our money has a bright digital future.

I believe that democratic values, the freedom to express oneself, the freedom to have economic privacy, the ability to be an entrepreneur, and free capital markets are being taken to a whole new level. What is certain is that technology will not be halted. Bitcoin is only the tip of the iceberg.

Now, to the point: do I recommend that you buy Bitcoin? You are aware that there are wealthy individuals, as well as institutions and businesses, who strongly advise you against it. Bitcoin will completely vanish. I don’t believe it any more, but I also don’t know because I don’t have a crystal ball. However, I see Bitcoin’s risks. But I also see possibilities. And it is because I believe in the opportunities that I have invested in Bitcoin. Because Bitcoin is only the tip of the iceberg, the new wave, the value internet’s wave. The internet has transformed the way we communicate. It has revolutionized photography, shopping, business meetings, and entertainment, and it would be naive to believe that it will not revolt against the most important value of all, financial services and money itself.

Learning as a part of your future

I believe that if you want to learn a language, you can only do so if you speak it. As a result, I believe that investing in cryptocurrencies is the only way to truly understand crypto. It’s similar to learning a new language. That’s how I see it, and I bought it because I wanted to learn this new language and understand what the future holds rather than living in the past.

I could have made a lot of money even after the price drops in the past if I had sold, but I didn’t. It’s about something completely different for me – it’s not about making an investment. You can do it that way without a problem. However, if you want to learn something for the future, you must feel it and be a part of it.

Think about a modern loyalty scheme

Customer loyalty will one day no longer be possible without blockchain. The course for tomorrow must be set today. A solution is just an email away: info@alltogether.rocks